R22 and R410A split air-conditioning systems were tested and compared as outdoor
temperature ranged from 27.8 °C (82.0 °F) to 54.4 °F (130 °F). The R410A system tests were
extended to 68.3 °C (155.0 °F) ambient temperature with a customized compressor. When
outdoor temperature increased, the R410A system performance degraded more than the R22
system performance. While capacities of both systems were approximately equal at the 35.0 °C
(95.0 °F) rating point, at the 54.4 °C (130.0 °F) outdoor temperature the R410A capacity was
9 % below that of R22. For the same test points, the R410A COP (EER) was 4 % and 15 %
lower than the R22 COP (EER), respectively. The degradation trend was linear. Since both
systems employed identical heat exchangers and similar design (scroll) compressors, the
refrigerant and lubricant used in each system had the dominant effect on the measured results.

Operation of the R410A system was stable during all tests, including those with the
customized compressors extending up to the 68.3 °F (155.0 °F) outdoor temperature andresulting in a supercritical condition at the condenser inlet. No noticeable changes in noise level
or operation of the system was noted. 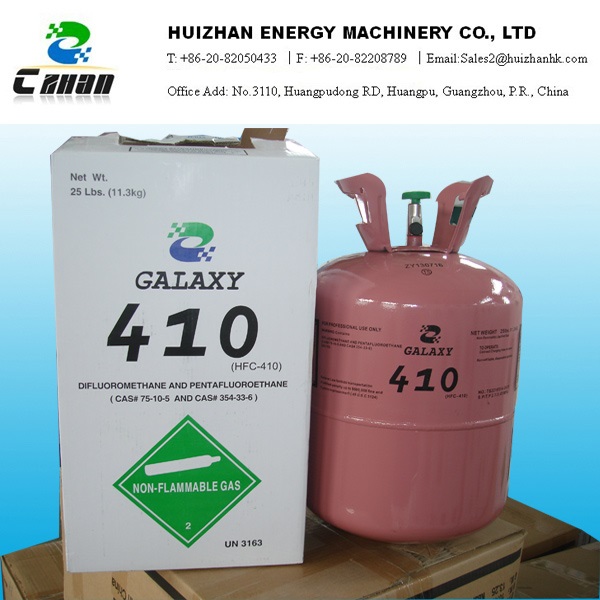 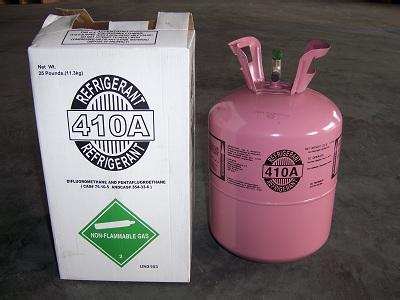 R-410A has replaced R-22 as the preferred refrigerant for use in residential and commercial air conditioners in Japan, Europe and the United States.

Parts designed specifically for R-410A must be used as R-410A operates at higher pressures than other refrigerants. Thus R-410A systems require service personnel to use different tools, equipment, safety standards and techniques. Equipment manufacturers are aware of these changes and require the certification of professionals installing R-410A systems. In addition the AC&R Safety Coalition has been created to help educate professionals about R-410-A system.